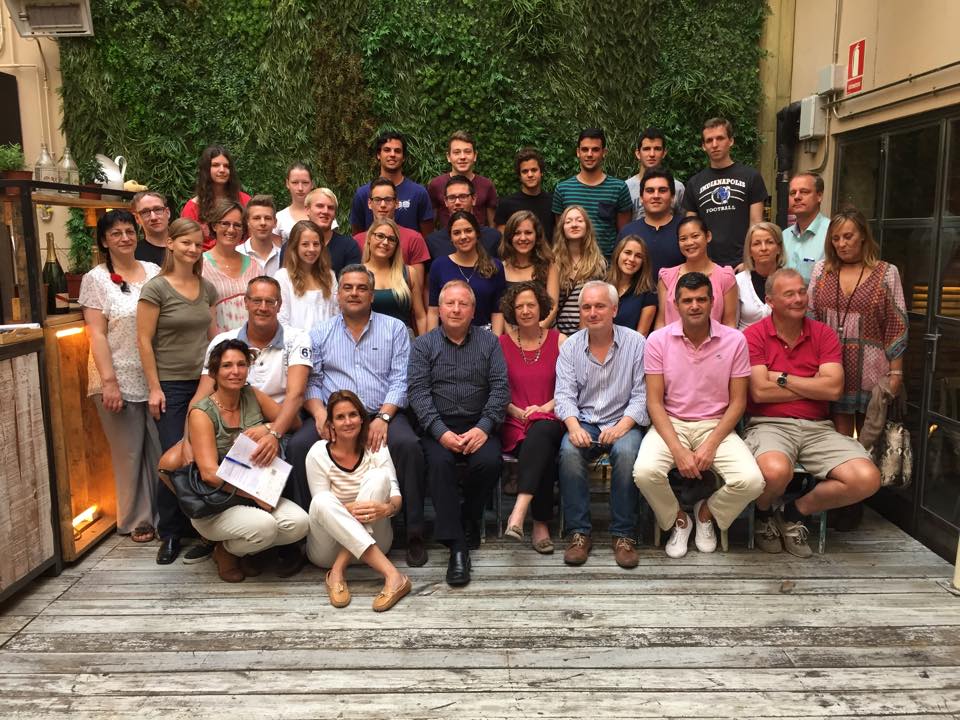 Another year, another meeting. This time in the warm and hot city of Madrid. A weekend fully booked with activitities, meetings, dinners and many more exciting events that make the JWA gatherings a weekend to look forward to all year. Organised by the Silva families, who were finally back in their home town, it definitely was a weekend (25-27 September) to remember.

A JWA meeting usually consists of three days: arrival on Friday and departure on Sunday. Some arrive earlier, others depart later. The Saturday and Sunday however are always days where all members meet and greet and exchange experiences and stories from the year (or years) before. It was the same this year…

On Friday most people arrived, whether it was in the early morning or the late evening. The first tapas and beverages were consumed, starting off the yearly get together of former VacStuds students, scholarship recipients and other internationally minded people that want to create and maintain international relationships. There was an even larger group of young people this year than there was last year, so Madrid’s nightlife was explored extensively.

After breakfast on Saturday morning in the Room007 Ventura Hostel, where most of us also stayed, we were guided around the old city centre of Madrid by a real Madrileña. She explained with lots of enthusiasm about the history of the capital of Spain. Did you for example know that a “tapa” was originally used to cover your drink because of the large amount of flies in Madrid? The tour showed many sights and ended at the Royal Palace, which we visited afterwards. The afternoon was free to explore the city in more detail and visit musea, go shopping or to do any of the other many things that the city has to offer. In the evening some visited a football match in Santiago Bernabéu, the temple of Real Madrid. A disappointing 0-0 against Málaga was the result, but this did not spoil the atmosphere during the evening. All former VacStuds students were invited to join for dinner at the hostel, which consisted of many tapas and drinks. Students from the 70s, 80s, 90s, 00s and even the 10s got together to meet up and relive the memories gained at the summer school. Once again, Madrid’s nightlife was experienced later that night.

The discussion and formal meeting was scheduled for Sunday morning and covers the choosing of new scholarships, review of last year’s scholarships and some practicalities. It was announced that the young people of the JWA should have more say in the organisation, so it was agreed that they are able to propose a scholarship for next year as well. Next year’s meeting will go back to its roots, to Leverkusen/Cologne, Germany. After the meeting, bags were packed and a final lunch was consumed. People told each other goodbye and made sure they would be there next year.

Another JWA meeting came to an end and the principles on which the association was built still stand: promoting international understanding and creating greater friendship between people from different nations. They now seem more important than ever.

A final thanks to the Silva families for organising this year’s meeting and we see each other next year!